The ins & outs of a successful ABM campaign, with ReallyB2B & Avanade 
87% of marketers say ABM outperforms other marketing initiatives[1], but that does not mean it is without it’s challenges. ABM requires a wealth of time, resource and energy to succeed. However, when everything aligns, the results can be game-changing.

In a recent session at B2B Marketing’s ABM Conference, ReallyB2B’s Strategy Director, Charlie Nicholson, and Account Director, Jessica Silk, were joined on stage by our client and leaders in digital transformation, Avanade, to access all areas of their ABM pilot and share 4 key learnings… 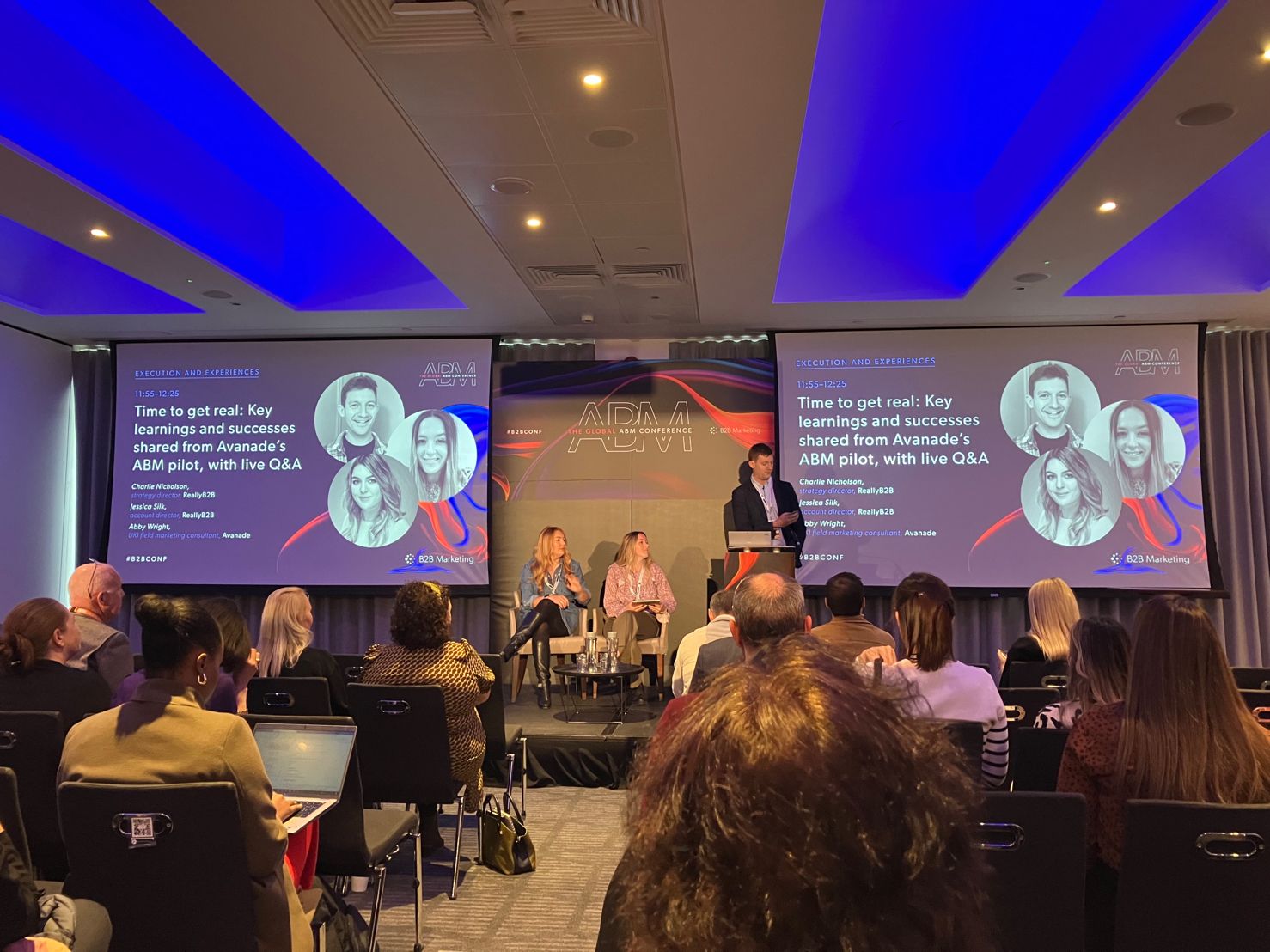 1. Don’t be caught off guard

As part of the session, Jess and Charlie shared the importance of preparation in an ABM campaign and the need to know ‘what you are getting yourself into’. They explained it is vital to create an action plan to fill any skills or resource gaps, in areas like creative, content, channel specialists and media buying, before starting any activity. They also said that a clear view of accountability and ownership is necessary to keep an ABM campaign on track.

The underlying statement for this part of the session was very much about building a team with the right attitudes that openly embrace collaboration.

“Teams with the right attitude, skills (inhouse or outsourced), and with a centralised cross-functional manager will have the greatest chance of delivering a successful ABM campaign.” Jessica Silk, Account Director, ReallyB2B.

“The customer journey and tracking practicalities are essential”, Jess stated during her presentation. As with all marketing campaigns, tracking performance is vitally important to understand what is working and identify the areas that aren’t. During the planning stages of a campaign, it’s important to have a clear pathway you want your prospects to undertake.

In some cases, the prospect won’t follow the route you expect them to. The prospect didn’t clickthrough from the email to the landing page, or they open an email but don’t download the content as suggested. The only way you’ll be able to identify these missteps, optimise or pivot your activity is by regularly analysing the performance data.

“During the campaign, the best performing channel was direct mail because people wanted to get in touch and say thanks. It’s a real conversation starter.” Abby Wright, UKI Marketing Consultant, Avanade 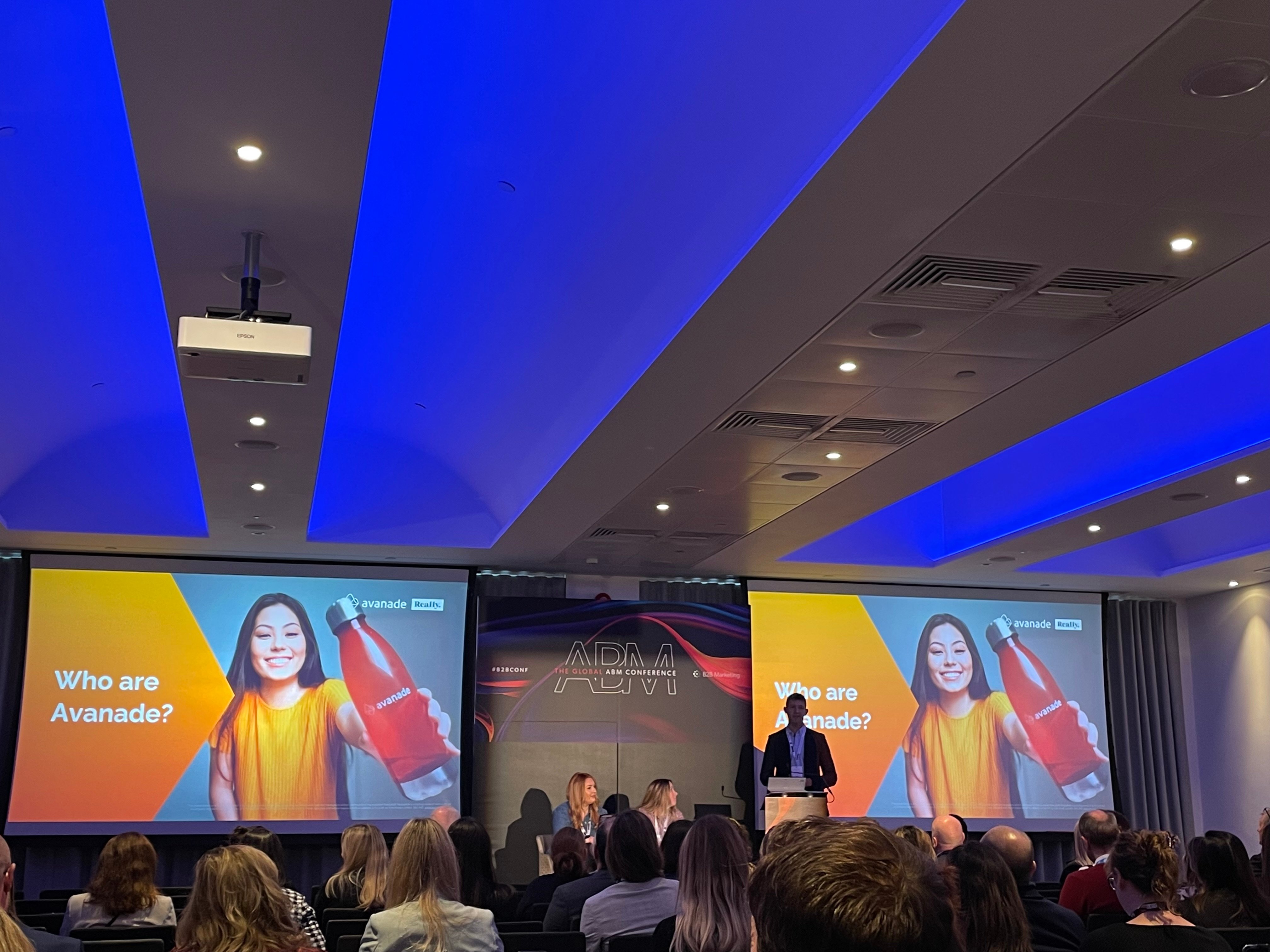 3. Change when you need to

When channels don’t perform as expected, it’s wise to reallocate the budget and resources to more viable opportunities. Failure to carry out this kind of analysis and pivoting could see budgets dwindling rapidly. Ultimately, successful marketing campaigns are about watching the data and reacting accordingly, i.e., doing more of what works and less of what doesn’t.

In the Avanade campaign for example, the team stated that with such a small pool of data, their IP-targeted display advertising had not achieved the desired impact. As a response, they moved resources to LinkedIn InMails and LinkedIn Articles which helped deliver a personal, 1:1 experience that positioned Avanade as thought leaders and penetrated their key accounts in an organic way.

“You need to understand and recognise when channels aren’t working – and take action to pivot your resources.” Jessica Silk, Account Director, ReallyB2B.

4. Know what you’re going to do next

Just like the Avanade campaign, the accounts that convert are the easiest to deal with. It’s the ones that aren’t quite ready that require more thought. Lead scoring was used in this campaign to categorise leads into 3 groups – Ready to convert, Nurture, and Pivot.

Those that were ready to convert were managed as per the plan. For those not yet at the tipping point, it was necessary to utilise lead nurturing (with the inclusion of sales enablement), or pivot the planned activity altogether and identify new ways to engage them. Without this level of additional activity, there could have been vast amounts of opportunity and revenue ‘left on the table’ at the end of the campaign.

“Having an ongoing plan for your newly awoken accounts is essential.” Jessica Silk, Account Director, ReallyB2B. 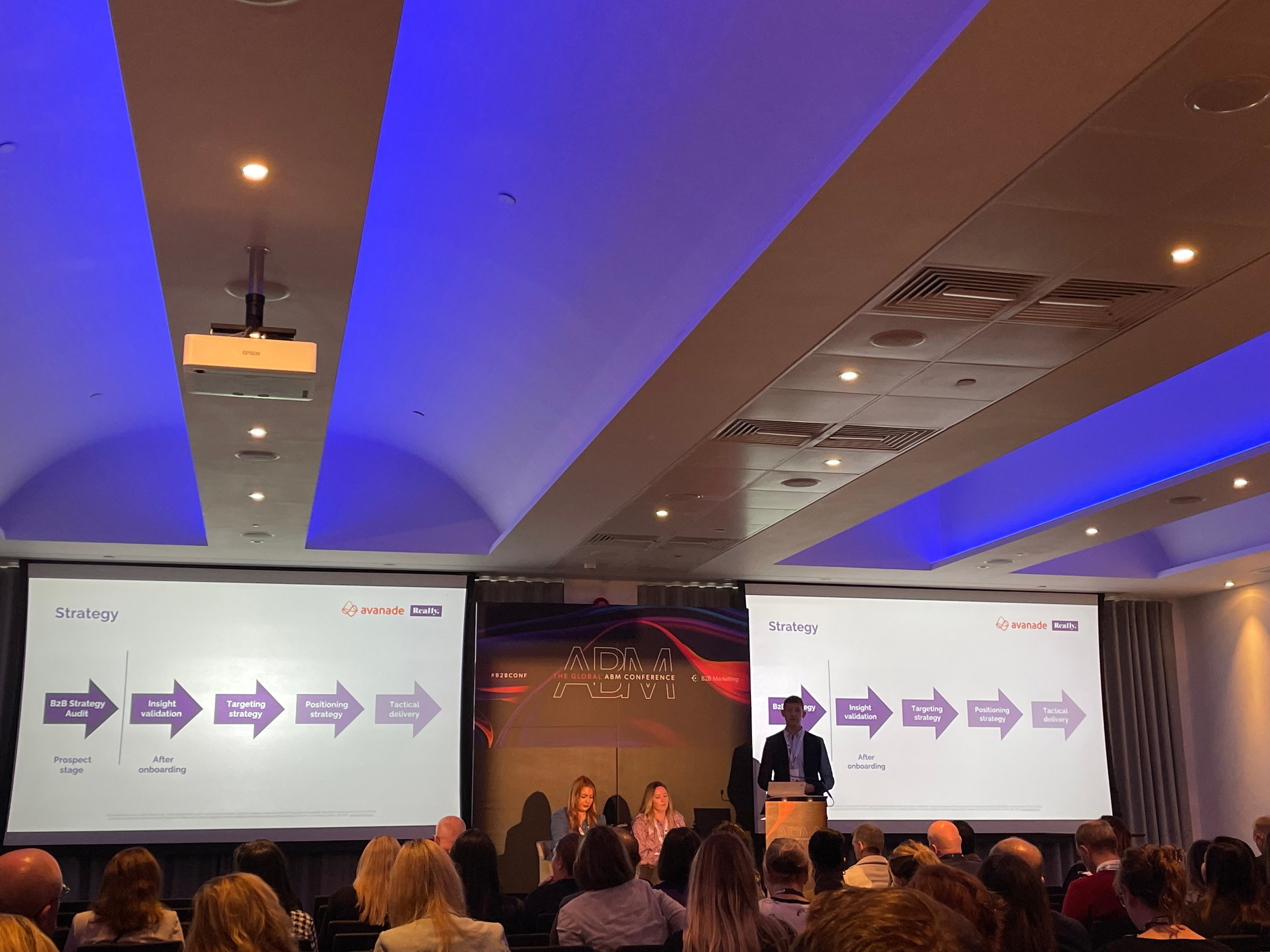 This campaign yielded some impressive results for Avanade; generating 17 MQLs and 3 SQLs across 7 of the 11 target accounts, which delivered a potential pipeline ROI of 1,102%. The campaign has also been shortlisted for Best use of ABM at the B2B Marketing Awards. The winner will be announced on Wednesday 16th November at the awards ceremony.

“Whilst we could do all the tactics internally ourselves,  very few marketers have the resource to manage it at that level and be able to go into that depth while doing all the other parts of their day job.” Abby Wright, UKI Marketing Consultant, Avanade

You can view the full session from the ABM Conference by clicking here. If you’d like to talk to our team about your own ABM campaign, please reach out on [email protected]

Previous article
Environment Management: Gifts and Late-Stage Sales
Next article
What Are Cookies, How Do They Work And The Death Of The Third Party Cookies ·